FOR IMMEDIATE RELEASE: For more information contact: A. Martinez (210) 704-7416 zunimarmusic@gmail.com 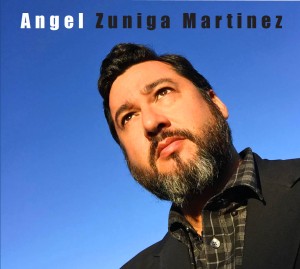 “Before I moved to San Antonio, I had the opportunity to connect with Freddy’s surviving spouse, Vangie Huerta, and learn the history of the song ‘Wasted Days’…the story motivated me to write a hopeful third verse and give it a beat…and as a proud Tejano and Latino, I also feel a pull to support Freddy’s induction into the Country Music Hall of Fame,” said Angel Zuniga Martinez.

Fender, born Baldemar Huerta in San Benito, Texas, is credited with being the first American Hispanic Rock & Roll artist in Anglo Latino Music History. The multi Grammy award winning artist was also the first Mexican-American artist to crossover into mainstream pop and country music, and with introducing Tex-Mex music into the American and World music scene. Fender died on a Saturday in Corpus Christi on October 14, 2006, with a desire to the first Latino to be inducted into the Country Music Hall of Fame.

“When my boyfriend and I first heard Angel Zuniga Martinez mixes on Soundcloud, we were like, ‘that’s totally legit’…We would not have guessed this came out of SA. San Antonio won’t expect this sound. It gave me that same vibe as the Red Hot Chili Peppers…and, the lyrics have meaning. You have to dissect them ‘cause they’re not that simple…they have depth,” said Chavez, recent UTSA graduate and backup vocalist on the album.

Martinez departed a Knoxville based Brit Powerpop outfit, Angel and the Love mongers, of some accomplishment, starting anew. The Lovemongers were set to embark on an East Coast tour after their appearance at the 2007 Bonnaroo Music Festival helped them crack the CMJ top 200 with their 2007 release The Humanist Queen, produced by Easter, the former Let’s Active frontman who produced R.E.M. records in the early ’80s. Angel, a Texas A&M graduate and fifth generation Tejano from Brownsville, Texas, moved from Tennessee to San Antonio end of 2011 to pursue a communications career. The songwriting and music was rebirthed in SA.

AZM launched a Kickstarter project on June 9th to help support some of the cost of the new album and the music video for the first single, “Wasted Days and Wasted Nights”. To support, visit the project URL:

Robert Jericho Recording is a Protools powered digital recording and audio production studio in North Central San Antonio, Texas.   Founded in 2014 by talented singer/songwriter/guitarist, Robert Jericho, the studio’s’ focus is on offering high quality yet affordable sound engineering and music production direction to a musical project in any genre for the independent artist. For more information, visit www.robertjericho.com.