“What I’m doing as an artist has some of those elements of Brit rock like a Morrissey or Freddy Mercury, but it has more variety, more of a tip of the hat to my Texas roots along the lines of rhythm and blues, Roy Orbison, and a little Freddy Fender,” says Angel.

Martinez’s solo debut album “The Cage” was released February 2010 at the Bijou Theatre in Tennessee. 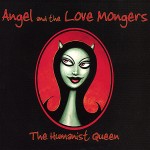 Martinez departed a Tennessee outfit, Angel and the Lovemongers (ATLM), of some musical accomplishment and reputation, starting anew. The Lovemongers had cracked the CMJ top 200 during their appearance at the 2007 Bonnaroo Music Festival with their 2007 release “The Humanist Queen”, produced by Mitch Easter, the former Let’s Active frontman who produced R.E.M. records in the early ’80s. 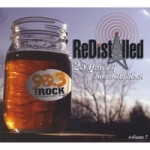 ATLM could also be found contributing a power rock version of the V-Roys song, “Goodnight Loser” on Redistilled – 25 Years of Knoxville Rock from WUTK Radio 90.3 FM.  It’s an album of amazing music that confirms the world-class, powerhouse talent in Knoxville, otherwise an industry dead zone.